this afternoon i decided to take advantage of an increasingly rare sunny day and walk my absentee ballot to the king county administration building where the city installed a “ballot box”.

afterwards, i walked around downtown, taking photos (none of which really turned out) and then made my way to barnes & noble. collecting a stack of magazines to read, including the new issue of ‘W’ with brad pitt’s images of angelina, i made my way to the cafe to order myself an americano. the barista says, “you look familiar”. i laugh, slightly embarrassed that i was was about to take advantage of their cafe to flip through $200 worth of magazines with my $1.80 drink in a setting that was rather anonymous only a moment before, and she then asked, “what is your name?”. i told her, to which her response was, “oh. right.”

what? what was that? so i ask, and she says, just one word.
“flickr”

spent the afternoon walking to the ballot box at the king county admin bldg to hand deliver my absentee vote.
yay!

a walk around the waterfront… taken from pike place market

on my walk home from work… i get to trek over the university bridge.

every time i travel this bridge, i am totally overwhelmed with how exciting it is to live in a city. i once overheard a conversation between a chatty passenger trying to convince the bus driver (and i suppose anyone else eavesdropping on their conversation) about how he considers seattle to be a “world-class city”.

since then, i’ve found myself thinking, “you know puj, that passenger was right!”. i think about this often on my way home. along my walk, as i exit my office building i have a beautiful view of mount rainier, after which i take a double-leaf bascule bridge (don’t worry, i didn’t know what that meant, it was one of my wikipedia discoveries) and then continue down a tree lined winding road through a mountainbike stunt park into the city’s amazing skyline which my home faces almost too perfectly.

its nights like this that make me wish i could thank the man on the bus in person… for helping me realize, discover and appreciate the amazing city i am fortunate to be living in at the moment.

walking home… some long exposures from the university bridge

uh, hella amusing that i am losing the race to a turtle

using a silver reflector in the desert

A visit to the Henry Art Gallery 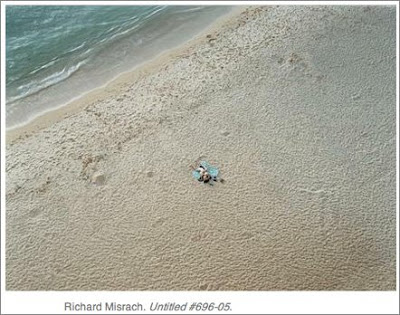 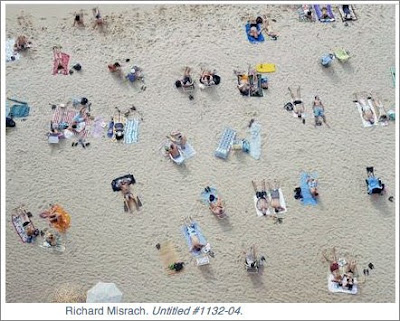 While these images are beautiful, the 400pixel size does absolutely NO JUSTICE to the room-sized prints in the gallery. Most were at least 6ft in length. Standing 20ft away was a completely different image than standing nose to print.

From the Henry Art Gallery website:
For more than 30 years, Richard Misrach has been producing beautiful photographs of terrible subjects, focusing on man’s often disastrous effect on the earth. His extended series Desert Cantos explores the American desert—fires and floods, military-scarred terrain, and pits of dead animals—in lush images. With a sensitive eye attuned to color and a belief in the power of aesthetics to effect change, Misrach is a pioneer in color photography and one of the most important artists working today.

Recently he has turned his camera to water, photographing beaches, the ocean, sunbathers, and swimmers from a godlike viewpoint high above. With no horizon line, the vast expanses of sand or water envelop the viewer with a strangely disorienting view. New digital technology has also made possible dramatically scaled prints, some as large as 6×10 feet. Depicting people as small, often isolated figures in an immense scene, the photographs remind us of the fragility and relative unimportance of humanity in the face of seemingly infinite nature. Instead of the beauty Misrach found in the desert, these powerful pictures partake of the sublime, producing astonishment, awe, and perhaps even terror.

Although sunny and colorful, these photographs are informed by the events of September 11, 2001. They evoke a post-apocalyptic world; the title On the Beach explicitly references Nevil Shute’s Cold War novel about nuclear holocaust. In some images, individual poses reference hostages or people jumping from the World Trade Center buildings, while in others, lone figures or clinging couples appear to be the last people on the planet. This moving and powerful exhibition of more than 20 works is the first museum show of Misrach’s new series.

on my way to see a rad geek*

a night out of bad images

a night out on the hill

above the columbia river gorge

thecorey hides when taking pics of me

hanging out in twisp, washington with pocketwizards and cameras galore

the road that led us to twisp, wa

corey and i took the road into twisp, wa…

on the side of the road in eastern washington